The ensemble ‘Lehman Brothers aka Collectief ç’à b’âme’, (previously called “Etant Donnés”) was created to explore the possibilities of interdisciplinarity and collectivity.

The collective endeavor of three musicians and two graphic designers resulted in the creation of an installation reminiscent of the ones of video and multimedia artist Nam June Paik.

A computer-piano mutant, a grand-piano, cameras, screens, projectors, are the mere extensions of the five live bodies of the artists. Beyond a simple symbiosis, the installation forms one organism that sends information from one receptor to another. The transmitted signals are translated from one medium into another: from writing into film, music, recording, print, following different equations. The organism also perceives and processes surrounding sounds, it interacts with the audience.

The artists’ aspiration for a non-hierarchical working manner has been realized: the different media and art forms are equally represented and they function harmoniously together. The work has been premiered in the restaurant Komkommertijd (Ghent, Belgium) by the ensemble itself. 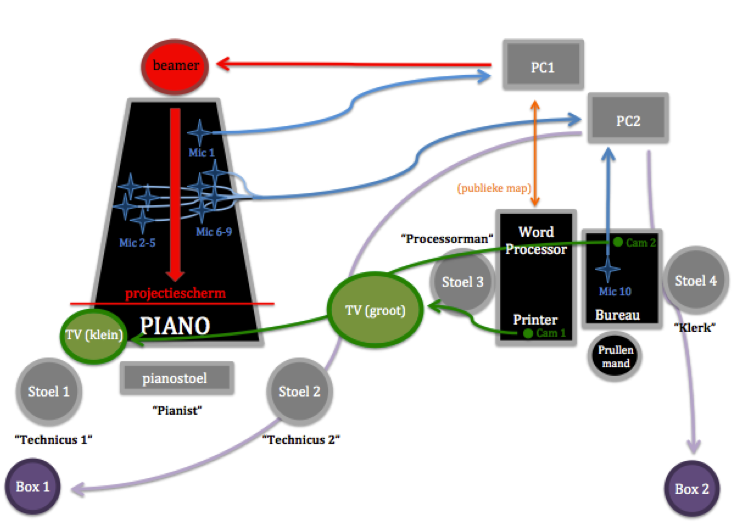