Moving Targets in Mid-flight to Hit

The current core members of Collective C’a b’âm are Frederik Croene, Jasper&Jasper and Oliver Ibsen. This collaboration of musicians, composers, typographers and programmers is aimed at creating conditions in which the interaction between experiment and instrument is the main focus. It is consciously exploring in a radical way the problems and opportunities raised by digital and technological developments, taking into account both the construction and the (learning process of) playing new instruments, to be understood as attempts to either submission or adaptation and on the other hand as resistance to the laws applicable in the information age. The performances and installations of Collective C’a b’âm incite reflections on classical concepts such as virtuosity, originality, expressiveness, etc. as well as its possible redefinition in the light of the current cultural transformations.

This particular experiment can be understood as a bringing together of a classical piano duo concert with the iconic Nintendo videogame “Duck Hunt”. The game code is modified in order to make the pianist being in direct control of the shooting direction. Moving Targets In Mid-Flight to Hit was created during the 2013 Transit Festival (Leuven) by pianists Ian Pace and Frederik Croene.

Please find below the program notes as decribed in the concert booklet. 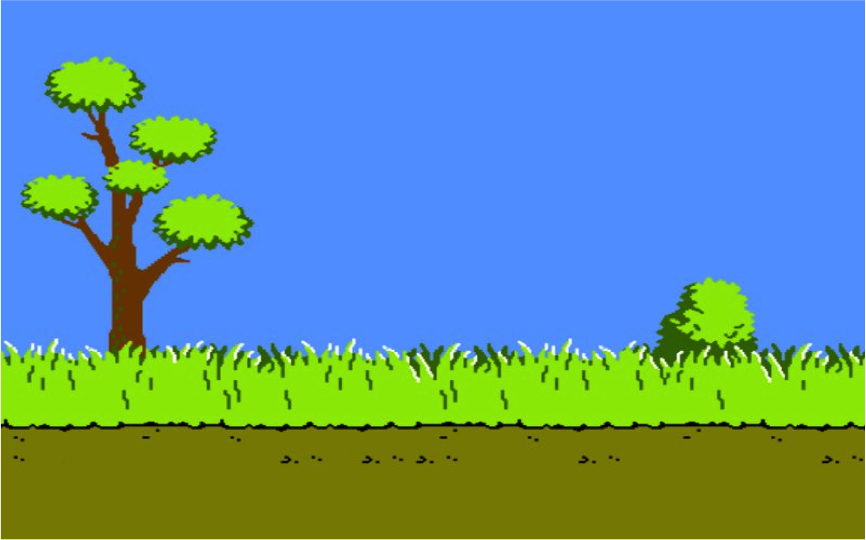